Book Now
"A stirring, sensuous showcase of the emotional power of the physical form."
The Irish Times

Book Now
"A stirring, sensuous showcase of the emotional power of the physical form."
The Irish Times MÁM – another mythic yet timely production by Michael Keegan-Dolan and Teaċ Daṁsa that acknowledges how life’s opposing tensions and contradictions can on occasion come together and find resolution.

A meeting place between soloist and ensemble, classical and traditional, the local and universal, bringing together the virtuoso, Irish traditional concertina player Cormac Begley, the European classical, contemporary collective, s t a r g a z e, a young girl and a dance ensemble featuring twelve international dancers from the Teaċ Daṁsa company.

The show, which was nominated for an Olivier Award for Best New Dance Production in 2020 and two UK National Dance Awards in 2021, follows on from the success in 2016 of Loch na hEala — Michael’s acclaimed reimagining of Swan Lake. Teaċ Daṁsa’s distinct approach to creating MÁM has been documented by film-maker Pat Collins in his film The Dance.

“A dazzling dance marathon at Sadler’s Wells”
The Financial Times – ★★★★★

“Spellbinding gathering of music and memories”
The Guardian – ★★★★

“Boisterous spirits and bruised souls in a non-stop, fully felt work”
The Times – ★★★★

Presented by Nomad and NASC 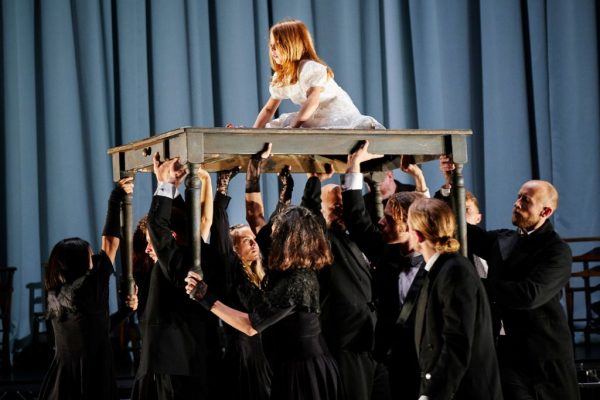