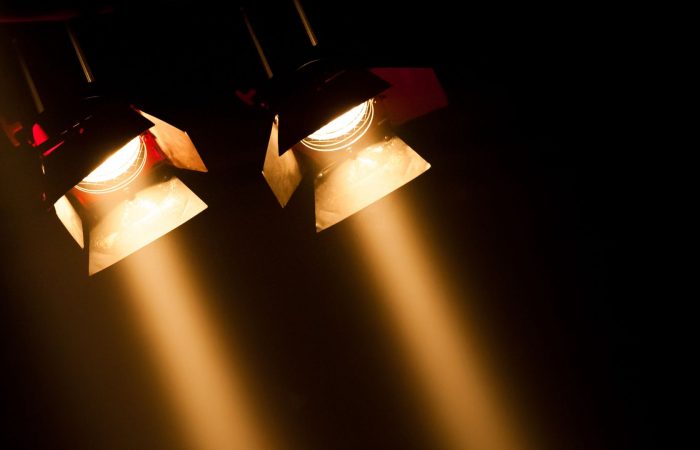 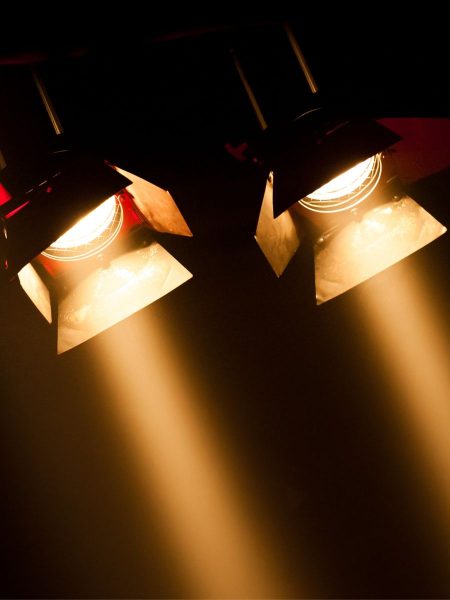 BTG makes a welcome return to Backstage! The Backstage Theatre Group are proud to present three one act plays featuring a wealth of local talent.

A Tale of Two Spectators by Peter Manos
Directed by Eileen Murphy
Cast: Mary McLoughlin & Anthony Heavey
In a park, a man and a woman secretly watch their respective spouses carry on an affair. As time goes on we realize they have been meeting like this to watch their spouses for quite some time and have even developed something of a bond with each other, despite their predicament.

Clarity of the Last Day by Charlie McGuinness
Performed by Killian McGuinness
The play concerns itself with prunes, observations and memories. A man in a chair details the events of the last day, in particular the last evening, of his life. All the moments and happenings that never quite made sense now, in an eighty two year old Parkinson’s afflicted body, find a place that feels right.

Visitor From Forest Hills by Neil Simon
Directed by Christine O’Brien
Cast: Maureen Dunne, Tom Lyons, David Flaherty & Georgina Hourican.
Norma and Roy are the mother and father of the bride, ready to celebrate their daughter’s nuptials — if only they can get her out of the bathroom! 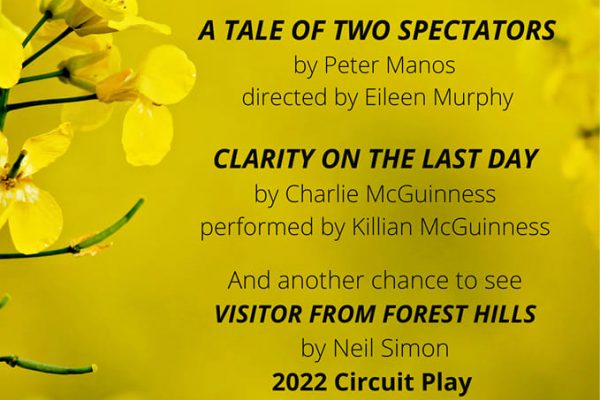